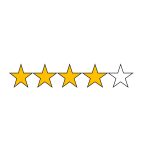 Steak and Shake is the most recent restaurant to appear on the Dave Ward strip, and, as its namesake suggests, boasts an impressive selection of steakburgers and milkshakes on their menu.

However, Conway certainly has no shortage of locales which already offer the same variety of Americana cuisine, that seems to leave little opportunity for the popular chain restaurant to distinguish itself within the already saturated market of burgers, fries, and the occasional frozen treat. In spite of that, word of mouth insisted that Steak and Shake was more than just another burger stop, a rumor that I decided to put to the test at dinner with a friend on a Friday night.

That night was a busy one for Steak and Shake, which has apparently been the norm ever since it opened in Conway. When we arrived we were seated at the bar with a clear view of the kitchen, and I finally had a chance to get a good look at the menu. I found at least one good reason why the place was bustling. Not a single item listed was priced over ten dollars, with the most expensive single order available being $6.49. With pricing that affordable, it’s no wonder it’s been doing well in a college town, but I had to wonder if the quality of the food suffered as a result.

I decided on the “bacon ‘n cheese double” meal with a chocolate milkshake as dessert, and, for what might be the first time in life, was relieved to discover that the quality of the food did not match the price. While their fries were thin and not particularly spectacular, I had no problem finishing them off as well as the burger, which was well prepared and cooked, though smaller than I had expected. However, the milkshake was certainly the star of the show that night.

The milkshake came with whip cream, a cherry on top, and plenty of smooth chocolaty flavor to boot. Unlike frosties and shakes offered elsewhere, drinking a shake from Steak and Shake does not make me feel as if my lungs are going to collapse and with a price of $2.99 you get a lot of value for your buck.

Overall, I’d say Steak and Shake is worth a try at the very least, if not just for a quick shake through the drive-through or a cheap meal for any college student strapped for cash. I give Steak and Shake 4 out of 5 stars. 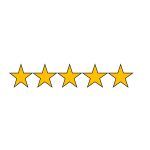 Unlike McDonald’s, Steak N’ Shake provides low-cost meals that will leave your stomach full and your wallet happy. My order of a bacon n’ cheese double burger cost a mere $4.99, and the oreo milkshake I had afterward was an additional $3.99. I couldn’t be happier with what I paid for and the service I received.

The menu has more than burgers, fries and milkshakes: they have salads, specialty sandwiches, hot dogs, chili and much more. This gives you plenty of cheap options to choose from and enjoy. When I asked the waitress that was serving me to see a list of ingredients, I was relieved to see that there is a list that showed what was used in case I had any food allergies.

The managements genuine care for the customer is also extended towards their employees. After witnessing a dishwasher collapse from a seizure, it was evident that the staff were trained in those situations. They gave her proper care and even allowed her to take a 30-minute break to regain her strength. Her coworkers all agreed to help cover her station.

The only complaint I have is that their fries are horribly small, but their dining area was clean and well maintained and the food was amazing. I give the Conway Steak N’ Shake 5 out of 5 stars to anyone who wants good quality food for a decent price.

Graphic made in Adobe Spark by Caity Baker-Worlsey