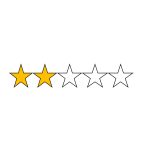 I hadn’t heard much about the restaurant Katmandu Momo before walking through their doors on Friday night for dinner with friends. Regardless I was looking forward to my first taste of Nepalese food.

Given that the locale is right on Oak Street, I wasn’t surprised to see the inside packed with customers. Luckily, the good business did not affect the casual and inviting atmosphere that pervaded the restaurant. Unfortunately, it was not long before our experience at Katmandu Momo began to spiral downward.

After being told that they no longer had any chicken or pork, I settled for the pan-seared beef momo, a variant of their signature dish. The momo is a dumpling which contains a variety of filling inside of it, ranging from vegetables to several types of meat.

I was pleased to discover that the pan-seared version of the momo was actually quite palatable. Though the beef within could have perhaps used a bit more seasoning for my taste, the seared shell maintained enough oil to enhance the flavor of the meat and gave the dish a much-needed consistency and moistness. The dipping sauce had the opposite effect, almost draining the flavor of the dumpling and leaving a metallic bitter tinge in its wake. Overall, I’d say the food was better than what I expected, but maybe not worth the price I paid given the smaller portion size.

Though I was pleased enough with my food, it became clear that Katmandu Momo was stretched thin and struggling to serve the customers that had packed their location. While I had received my food after a reasonable 20 minutes, the friends I had come with only got their food after over an hour wait. The disparity in service led to a few awkward glances as I ate my food only to wait 20 more minutes so I could watch someone else eat. During this time, our server only checked on us twice for refills.

While I’m willing to try to Nepalese food again, I can’t recommend Katmandu Momo in good conscience. Though the food was good, I wouldn’t say it is anything to write home about, and certainly not worth over an hour-long wait.

On a scale of one to five, taking everything into account, I am left with no choice but to give Katmandu Momo a score of two out of five stars. 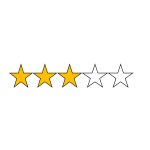 Do you love foreign and exotic foods, how about hole-in-the-wall restaurants? Katmandu Momo is a local, family-owned Nepali restaurant located in downtown Conway near Fat Daddy’s.

Katmandu Momo’s signature dish, known as “momo”, is essentially a dumpling filled with either beef, chicken, pork or vegetables. The other dishes they serve are different forms of rice, stir fry and egg rolls, each with their own pros and cons as well as their quirky and bizarre appearances.

To get the best bang for your buck, I personally recommend the chili momo that will cost you about $10. Frankly, you should expect to wait at least one and a half hours with a chance that your order will have to be redone with a different filling. As frustrating as that may be, it is understandable for a family owned business to be low on staff when they first start out.

The momo itself tastes bland with the dumpling being the only source of flavor. I recommended the chili momo because the other momos my friends ordered had no flavor at all. The chili they dump on the momo in is the only exciting part of the meal.

I understand that Katmandu Momo just opened this summer, so the wait time and the meal quality may improve over time. For now, I must rank my overall experience at Katmandu Momo three out of five stars.

Why can’t I look up? Student reactions to solar eclipse August 21

Hide your keys, hide your valuables

In the tent of meeting

Distinguishing the danger in times of terror