The new hit movie, “Jumanji: Welcome to the Jungle,” is the belated sequel of the much-loved original, “Jumanji,” which starred the late Robin Williams.

In this follow-up story, the game is found by a passing dad on the same beach where the game was dumped at the end of the first movie. Years later, in present times, four students in detention find the game, which has magically turned into a gaming console.

The teenagers are sucked into the video game, where they embody the avatars they chose, and the only way they can escape is to work together to finish the game.

The all-star cast plays diverse characters that are all going through an out-of-body experience, getting trapped in a video game and such. The adult actors do a marvelous job at playing teenagers and it is comical to see the characters getting accustomed to their avatars and all the problems that come with the new body.

For instance, a character named Bethany accidentally chose a male avatar; Jack Black plays her avatar. Black did an outstanding job of portraying this teenage girl. His performance in this movie rivals the hit movie, “School of Rock.”

Another character is a nerd named Spencer, whose avatar is played by Dwayne Johnson. Spencer suddenly had tons of strength and he didn’t know what to do with it. These were hurdles that ended up being some great character development because the situations the characters are thrown into forcing him to exercise strengths that are foreign to him.

Other well-known members of the cast are Kevin Hart, Nick Jonas, Karen Gillan and Alex Wolff.

There are a few action sequences and they carry out the video game vibe well while being extremely entertaining. It is hilarious to see the characters try and figure out their fighting skills in the heat of battle. The script was witty and there were some one-liners that were hilarious.

The movie is rated PG-13 because there are a ton of curse words scattered throughout the movie. If someone is sensitive about swearing, then this movie is probably too extreme to handle. This movie is not suitable for younger children, of elementary age and below, to watch.

Besides the swearing, “Jumanji: Welcome to the Jungle” is a great movie and lives up to, or maybe surpasses, the original movie. Out of five stars, this movie deserves at least four and maybe even a four and a half. 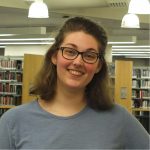