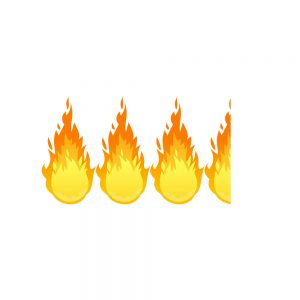 This quirky and catchy jam is worthy of rolled-down windows on late nights while belting out the lyrics. The music is an edgy electropop combined with attractive acoustic instruments that create a new genre of sound altogether. With that said, the song could easily become a classic.

The song structure is simple and easy to follow, while the atmosphere does a good job of capturing and surrounding the listener. Elohim’s voice is a bit breathy and lacks support throughout the entirety of the song. However, her tone and expression are appropriate for the genre. The violins featured in the chorus are probably my favorite part of the song because they are  a complementary contrast to the sound she has made.

Another trait featured in this song is the percussive rhythm each instrument possesses, from the cute, simple beat in the beginning to the straight-eight noted bass in the chorus. Every instrument and voice complement each other rhythmically.

Overall, the sound Elohim produced with this track was simple, intriguing and wonderfully percussive.

Elohim provides a poor explanation of her eagerness for “Paradise.” Both verses and the bridge only contains four lines of text and the rest is just the pre-chorus and the chorus repeated. I wouldn’t mind the lack of words if the meaning behind the words were more thought-provoking, but they’re not. In my opinion, the only section that provides any meaning is the pre-chorus.

Essentially the message of the song is longing and searching for “paradise,” but the eagerness of finding this paradise is vaguely present.

Taking the whole song into consideration, I would listen to this jam rather frequently. I give this a solid three and a half flames out of five.

You can listen to this song with any major streaming service.

Josh Burns does many things for Tower Media, one of them being a reporter. He is a senior pursuing a multimedia communications. Basically he aims to be the tech guy in some sort of news media outlet. Josh does a lot of writing outside of The Tower and is a heavily enthusiastic about anything music. His go to genres are anything punk (preferably pop punk), indie pop, indie rock, alternative, modern jazz, classic jazz, electronic, and anything made between 1932 to the present day.